Benefits and Consequences of Offshore Drilling

Offshore drilling is a double-edged sword.

Extracted crude oil and natural gases help turn the gears of society from powering the most common forms of transportation to making sure lights at home can be turned on to serving as raw materials for products people consume regularly. 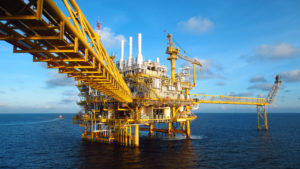 Offshore drilling explained simply involves constructing giant structures that can go into incredible depths to drill for oil. It is a much more complicated process compared to drilling on land. Once crude oil is harvested, a network of pipes is used to transport oil to land while ensuring no water gets into the pipes and no oil spills into the environment.

The popularity of offshore drilling went up to meet the increasing demand from society for oil and other petroleum products.

Whether the efforts to meet the demand for crude oil involve drilling off the coast of a specific country, overseas drilling, or mobile offshore drilling, no one can deny the benefits it brings, including the following:

1. Creates Jobs and Give the Economy a Boost

Besides the United States, countries such as Russia, Saudi Arabia, and China have achieved economic stability due to recovering crude oil and natural gas. With domestic production, gas and energy prices go down, which dictates how well an economy will perform.

One of the clear benefits of offshore drilling is it creates desirable jobs. According to the Bureau of Ocean Energy Management, during the 2020 fiscal year, the offshore oil and gas industry supported 176,000 jobs in the United States, translating to $11.9 billion in labor income, $20.6 billion worth of contribution to GDP, and $38.1 billion in output.

The entire area proximal to the offshore drilling rigs benefits from spendable money in the local market. As a result, small businesses grow and the area transforms into an attractive place to stay. Consequently, real estate values go up. With drilling jobs spreading effects across the country, nearly every aspect of the economy gets the help it needs.

According to the International Energy Outlook report of the US Energy Information Administration, the global supply of crude oil biofuels and other hydrocarbons will be sufficient to meet liquid fuel demands through 2050.

The demand for crude oil has been upward through the years. To make a clear comparison, in 2010, the daily oil demand was only pegged at 86.4 million barrels a day. The United States has been the top crude oil producer since 2018. Oil comes from 32 US states and in 2020, about 14.6% of crude oil came from wells located offshore.

Increased oil production allows countries to focus on their own energy needs. A good volume of oil supply is also traded, giving countries bargaining power on the global stage.

As oil drilling and exploration technologies advance, developing countries with untapped oil resources will be able to make most of the economic potential of these reserves and be less reliant on oil imports. It not only helps them become self-sufficient but also allows these countries to become truly developed.

4. Paves the Way for New Habitats

Many are afraid of the risk of oil spills that can potentially be a disaster for the environment, animals, and nearby communities. However, oil rigs can actually help create unique habitats for different creatures such as birds, fish, and other water creatures.

Oil rigs can become the foundation for new coral reefs. An excellent example of this is how retired oil rigs off the coast of California are seen as potential artificial reefs to create new habitats. While oil rigs are not specifically designed for this, they can be a valuable contribution to help species survive climate change.

With the money funneled from the operation of offshore oil rigs, government royalties can be used to ease down tax liabilities of locals or even bigger population groups.

Likewise, oil is also a great way for people to invest in commodities. While not exempt from volatility, geopolitics, and other factors, investing in oil can help diversify portfolios and gain positive returns.

Opposing the economic and environmental benefits, offshore drilling also comes with potentially dangerous consequences such as oil spills and drilling accidents. Undeniably, oil spills and other accidents on offshore oil rigs directly impact the environment and pose risks to animals and nature.

Since 1969, there have been thousands of oil spills each year. But according to NOAA’s Office of Response and Restoration, these are small ones that spill less than a barrel of oil. Unfortunately, there have been 44 bigger ones, with each incident spilling over 10,000 barrels in US waters. Some causes of disasters in drilling rigs include collisions, structural failures, inadequate safety procedures, rogue waves, and blowouts.

This is why the oil industry is heavily regulated, meaning guidelines are in place to ensure exploration, production, transportation, and other activities in the sector are safe for humans and the environment. For example, in the United States, there are state and federal laws and rules governing onshore and offshore oil drilling. MSI Pipe Protection Technologies Protects Your Pipe Around the World

The Energy Information Administration estimates that in 2022, crude oil production in the United States alone will increase to about 12 million Drill pipes are always a significant investment when it comes to production. So, if a pipe breaks or sustains damage, the cost